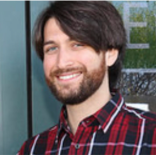 So what’s the difference between the Democrats and the Republicans, Biden and Trump? When it comes to mass incarceration of African, Mexican and Indigenous people: not a damn thing.

Earlier this week, Susan Rice, the domestic policy advisor for the newly elected Biden regime, announced at a White House press conference that Biden had issued an executive order to stop “corporations from profiteering from private prisons” by opting to not renew the Department of Justice’s federal contracts with private prison corporations.

A closer look at the bill, however, reveals it as nothing but an empty gesture: Biden ordered the Department of Justice to end federal contracts with private prison companies, but most private prisons have contracts on the state level, not federal.

Those state-level contracts are unaffected. Only 12 private prisons will lose their contracts with the DOJ. That accounts for about 14,000 people, only 9 percent of the federal prison population. Those 14,000 imprisoned human beings will just be relocated to another state or county run prison.

In other words, the order will have no effect whatsoever on the vicious, genocidal mass incarceration of African people in the United States, the country with the largest prison population on the planet in which over half of those held captive are Africans.

The announcement was meant to induce cheers for the supposed fulfillment of Biden’s campaign promise to fight for “racial equity” and “healing” in the wake of the nakedly reactionary Trump administration’s exit from Washington last week.

Colonial-capitalist white power is scrambling to recover from its “existential crisis,” as Chairman Omali Yeshitela has termed it, by rebranding itself with a liberal veneer, this time behind the stretched grin of Joseph Biden and his neocolonial sidekick, California’s self-described “Top Cop,” the prosecutor-turned-vice-president Kamala Harris.

One out of three African men will face a prison sentence in his lifetime. The fastest-growing prison population demographic today is African women. The responsibility for these staggering numbers rests largely on the shoulders of Biden himself. As the “law-and-order” senator from Delaware, Biden was the chief author and proponent of the notorious 1994 Crime Bill that flooded African communities with police and forced millions of African people into prisons.

Biden’s Crime Bill was a huge boost to private prisons, with the Baltimore Sun reporting at the time that the private prison industry’s “income rose 33 percent during the first six months of 1994 compared with the same period last year.”

Let’s take a look at the facts:

It is an act of grotesque hypocrisy for Biden, one of the most fervent perpetrators of the policies resulting in mass incarceration of African people in the United States and the author of the 1994 Crime Bill, to now attempt to recast himself as a champion of “racial equity” through this empty, meaningless executive order that actually has little-to-no effect on the colonial prison system at large or even on privatized prisons.

Biden’s words from the senate floor in 1994 sum up his own legacy perfectly:

“The truth is,” Biden said, “every major crime bill since 1976 that’s come out of this Congress, every minor crime bill, has had the name of the Democratic senator from the State of Delaware: Joe Biden.”

Indeed. Another telling quote from Senator Biden in 1994:

Biden was one of the lawmakers behind the 1986 law that set a minimum of five years for 5 grams of crack or 500 grams of powder cocaine, the so-called 100-to-1 sentencing disparity that was obviously designed to target African people whose neighborhoods had been flooded with the lethal derivative of cocaine by the CIA as part of its counterinsurgency war against the African community, a fact which Chairman Omali Yeshitela of the African People’s Socialist Party had been exposing for years in presentations and writings.

It is hard to stomach the blatant, lying hypocrisy of the new administration’s executive order to “stop corporate profiteering from private prisons” when nobody has done more to build the lucrative colonial prison economy than Biden.

The conditions in the colonial prisons are becoming even more dire today during the COVID-19 pandemic when Africans, Mexicans and other colonized captives have been dying at twice the death rate of the general population due to being cramped into prisons referred to by some as “COVID death camps.”

The federal government will continue doing business with private prison companies who make their money by filling up cages with Spanish-speaking Indigenous women, children and men.

Slanderously labeled “illegal immigrants or aliens” by the bourgeois press, these are Indigenous people who have been detained for crossing a false, illegitimate border onto their own land. The Obama/Biden administration presided over the most widespread detainment and deportation of Mexican people since the U.S. colonial theft of Mexico in the mid-19th century. The use of private prisons to detain Indigenous people was expanded further under Trump, with at least 24 facilities and more than 17,000 beds added.

Over 81 percent of people detained by ICE are caged in facilities owned or managed by private prison corporations, according to the American Civil Liberties Union. These facts will remain unaltered by Biden’s toothless executive order.

The private prison industry was ready for this and has been diversifying its revenue streams to include halfway houses, electronic ankle monitoring bracelets and even renting office space to federal agencies!

As reported by The Marshall Project:

“[T]he big players in private prisons, CoreCivic and GEO Group, are not panicking—and rumors of their impending demise have been exaggerated. That’s because they’ve been steadily diversifying, placing their bets on a future that includes revenue from commercial real estate, electronic monitoring, and halfway houses.

“On a quarterly earnings call just two days after the election, CoreCivic CEO Damon Hininger was asked about the possibility that a Biden administration may end the company’s contracts with the federal Bureau of Prisons. He replied confidently, ‘We think our risk is pretty minimal there.’ He noted that back in 2010, the agency accounted for 15 percent of the company’s revenue. Today it’s just 2 percent.

“CoreCivic has also been diversifying outside the criminal justice and immigration systems altogether. In 2016 the company launched a properties division to buy and lease office space to federal agencies like the Social Security Administration and the Department of Homeland Security. In the four years that followed, the company amassed 56 office properties (by comparison, it owns 50 prisons and detention centers). CoreCivic’s properties total more than 2.9 million square feet of office space. By the company’s own estimation, as of January of this year CoreCivic was ‘the largest private owner of real estate used by U.S. government agencies.’”

As Chairman Omali Yeshitela has shown, the problem is deeper than “racism,” the ideological foundation of colonial-capitalism created by white people to justify the oppression of African people. The problem is colonialism itself: the social, political, economic system of foreign hostile domination of African people by a white State power for the benefit of the white colonizer population.

The police and prisons in this country are and have always been instruments of colonial State power for the purpose of oppression and exploiting African people for the benefit of the parasitic white economy, from the runaway slave patrols to convict leasing and continuing today.

The problem is not “private prisons,” as such, but the entire prison industry, which is a part and parcel of the parasitic colonial-capitalist economy built on the backs of the enslavement of African people and the genocide and land theft from the Indigenous people of the Americas.

Privatization of prisons is just one manifestation of this. Federal prisons make up a small percentage of the U.S. prison system. The overwhelming majority of more than two and a half million people incarcerated in the United States are in state, county and local prisons or jails, some private, most publicly owned. Private prisons contain only eight percent of all incarcerated people.

As Penny Hess, Chairwoman of the African People’s Solidarity Committee has documented, the prison system is a major form of economic stimulus for the U.S. economy, both for the Wall Street ruling class and corporations and for rural white communities who benefit from jobs, spin-off industries and other economic advantages for whites at the expense of African, Indigenous and colonized peoples.

As Chairwoman Penny Hess wrote in Overturning the Culture of Violence, published in 2000:

“As an offshoot of the drug economy and a key element of the counterinsurgency [against African people in the U.S.], the prisons have opened up another tremendously lucrative market in the genocide of African people. From central California to upstate New York, from the panhandle of Florida to southern Illinois, rural white America is experiencing a new economic boom thanks to the massive prison building. In a situation very similar to that of plantation slavery, the suffering and labor of African people in the prison system benefit the financial well-being of white society today.”

“Today, industries operating inside the prisons are cashing in on the legal slavery permitted by the Thirteenth Amendment of the Constitution. Prisoners are being paid an average of about 35 cents per hour to produce well over $1 billion worth of products and services from office furniture to computer circuit boards to license plates to clothing to agriculture.”

In other words, the mechanisms by which the parasitic capitalist economy and white society as a whole profit off the mass incarceration of African people go far beyond enrichment of executives at the private prison companies.

As reported in Al-Jazeera, “A 2020 report from Worth Rises identified more than 4,100 corporations that profit from imprisonment in the US. The GEO Group and CoreCivic control a small but important sliver of the carceral profits pie.”

Inside prison, African and other colonized people face horrendous, brutal conditions of torture, abuse and murder at the hands of colonial prison guards. This is not limited to private prisons. The notorious Angola in Louisiana, the underground maximum-security federal prison in Florence, Colorado and Pelican Bay in California are all state-run.

The Uhuru Solidarity Movement, the organization of white people formed by and working under the leadership of the African People’s Socialist Party, is building a campaign to Make Wall Street Pay Reparations to African people, demanding banks, corporations, governments, politicians and other wealthy elites who profit from the oppression of African people pay reparations by redistributing funds through the Reparations Legacy Project, funding black economic development institutions like the Uhuru Movement’s Black Power Blueprint.

The Black Power Blueprint includes the African Independence Workforce Program, a black-led workforce development initiative to train and employ Africans coming out of the colonial prisons system and re-entering their communities.

This is part of the strategy and struggle of the African working class to negate the colonial State’s power over their lives and build their own independent economy and black State power in their own interests, in contention with the parasitic capitalist economy built on their enslavement, colonization and imprisonment.

We call on white people to join the Uhuru Solidarity Movement and build the Make Wall Street Pay Reparations campaign and Reparations Legacy Project as a true stand against mass incarceration and for white solidarity with African liberation and self-determination.