Not One More Black Life!
Stop U.S. Wars of Occupation and Police Terror!
Reparations Now!  A Call for Days in Solidarity with African People, 2014

Everywhere you look around the world, war and crisis rage with intensity. Bombs labeled “made in the USA” rain down upon the suffering peoples of the world on nearly every continent.

In the wake of the brutal police murder of 18-year-old Michael Brown in Ferguson, Missouri, sustained righteous and militant African rebellions, marches and resistance have broken out in the face of intense military-style repression.

The government issued a “no-fly zone” over the town of Ferguson and declared a state of emergency, inflicting tear gas, rubber bullets and other means of coercion against the African community.

Inside the U.S., this government’s war against the African community is escalating. The rebellions in Ferguson have pushed the case of Michael Brown to the surface, but the reality is that another African is murdered by police or white vigilantes every 26 hours in this country.

Another Michael Brown is likely being gunned down in cold blood by police right now as you read these words. As white people, we never see this happening in our communities.

Everyday there is police murder, brutality, harassment or degradation directed at black people even as Africans, especially African youth, are rounded up and herded into the lucrative U.S. prison gulag—the largest prison population on earth.

The world watches in horror as the U.S.-backed settler state of Israel murders and terrorizes Palestinian children, women and men while the U.S. intensifies its resource wars on ever expanding fronts.

Africa, with the greatest concentration of natural resources on earth, is being plundered by U.S and foreign corporations everyday while Africans live in poverty without electricity, clean water and health care. 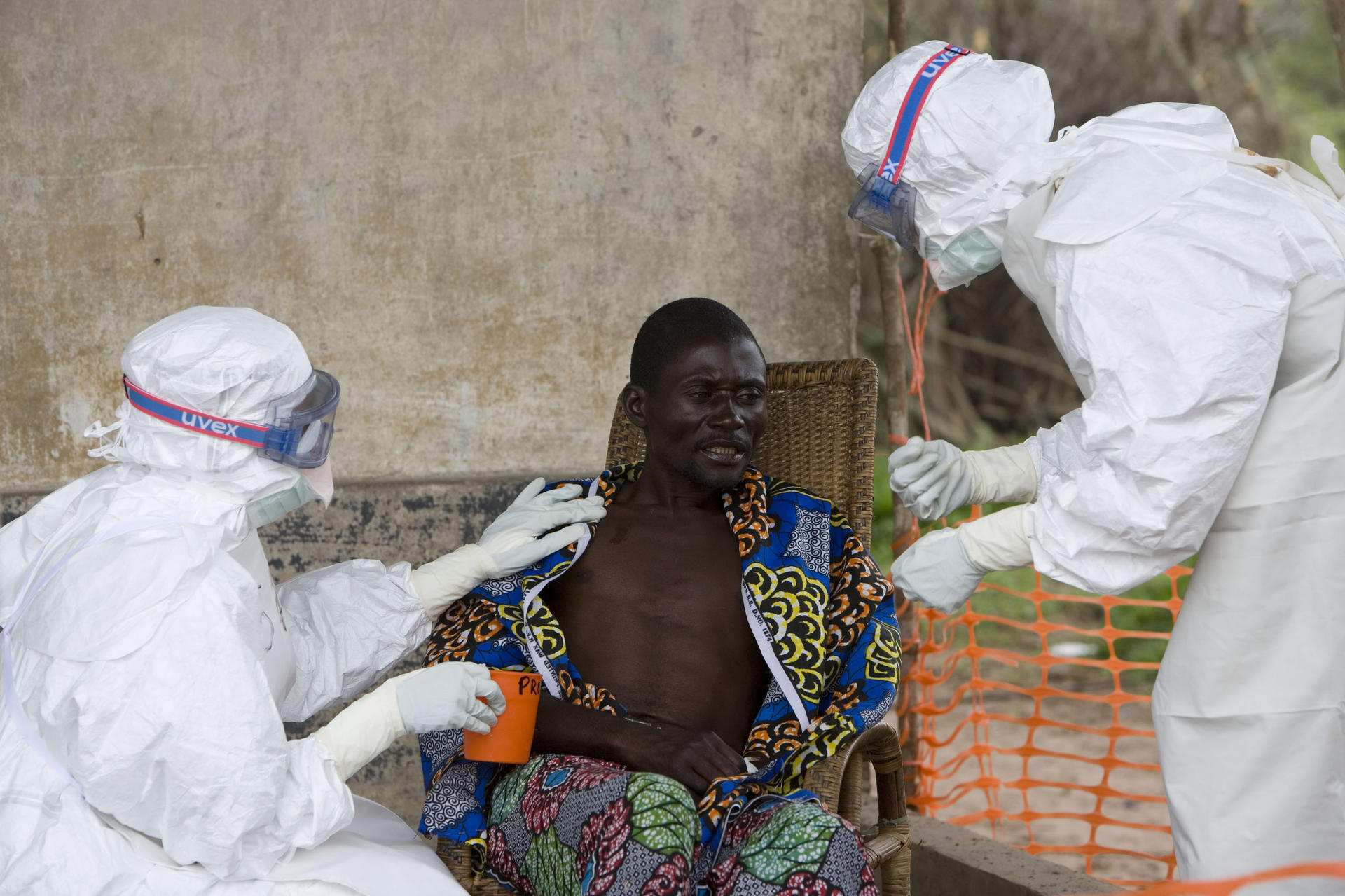 The media gives a great deal of attention to the current Ebola virus crisis,  but  there is no mention that there are million of deaths from malaria annually, 90 percent of which are in West Africa. (http://www.globalissues.org/article/26/poverty-facts-and-stats)

We see the volatile U.S. economy failing to “recover” as skyrocketing numbers of unemployed college graduates are forced to live with their parents and a record 50 percent of the American population can now subsist only with some form of government assistance.

What is the future for us, for all of humanity and for the planet itself today?

What are the solutions?

U.S. imperialism is a hungry parasite looking for its next victim

All over the planet—and inside the U.S.—African, Mexican and oppressed peoples are resisting U.S. war, terror and theft of their resources and land.

Black and brown peoples are fighting back against this brutal and profit-driven capitalist system built not on ideals of equality and democracy, but on hideous crimes such as the massive enslavement and commodification of African people, unimaginable genocide of the Indigenous people and colonial violence of massive proportions.

This system and country rest on a pedestal of torture, terror and humiliation for the benefit of a minority of the human race at the expense of millions and millions of people and their cultures and social systems.

This is how capitalism was born and this is the only way it can continue to function today.

The Uhuru Solidarity Movement offers a solution to the crisis of today’s world.

There is a future for humankind being forged in the ghettos and barrios and oppressed and impoverished communities every place where people are fighting for self-determination, the freedom to live and not just grovel to survive on a dollar a day in a repressive system while others enjoy the benefits of their stolen labor and resources.

People everywhere want the right to build their own economies with their own resources that benefit their children and their people.

They want to freely associate both economically and culturally with whomever they wish.

We can and must be part of that future.

As white people organized under the leadership of the African People’s Socialist Party, working for the liberation of Africans everywhere and in solidarity with oppressed and struggling peoples across the globe, we know there will never be peace without this vision.

That’s why we say “Reparations—there can be no justice without it.”

We must separate ourselves from identifying with the U.S. government and its expectations of unity, a white nationalist unity, and mindless apathy that has us  fighting for our own interests at the expense of the rest of the world.

“It is not simply that the labor of enslaved people underwrote 19th-century capitalism. Enslaved people were the capital: four million people worth at least $3 billion in 1860, which was more than all the capital invested in railroads and factories in the United States combined. Seen in this light, the conventional distinction between slavery and capitalism fades into meaninglessness.” The legacy of slavery and colonialism is alive in Africa today, where the majority of Africans are profoundly impoverished as the U.S., Europe, China and others carry out a feeding frenzy of the theft of African resources.

The legacy of slavery and colonialism is alive in the fact that white people, even in this economic downturn, have 22 times the wealth of African families who live in desperate poverty. (http://money.cnn.com/2012/06/21/news/economy/wealth-gap-race/)

The legacy of slavery and colonialism is alive in the fact that the Indigenous people live in concentration camps called reservations with a life expectancy of 47 years in the U.S. or are forced out of desperation to send their children across the border.

The legacy of slavery and colonialism is alive in the fact that we the Euro-Americans can always  aspire to send our children to college and move up the ladder of success.

But a  life lived on the backs of Africans and oppressed peoples is neither politically sustainable nor personally tolerable.

Capitalism has been built on a simple equation for the past 500 years: the price paid for the white world to have so much prosperity and opportunity is that everyone else must suffer and die as mere objects of a cruel and brutal system.

As organizers of the Uhuru Solidarity Movement inside the belly of the capitalist beast, we see reparations as the genuine method of reversing the flow of resources seized by the blood-sucking parasite.

This is one, small, very sick planet. Whether we like it or not, the future of white people is inextricably intertwined with everyone else’s.

It’s time that we, white people, abandon our self-imposed isolation from the rest of the world, a damaging isolation that has enabled us to live a lifestyle that oppresses others and destroys the planet.

For there to be peace we must pay our dues and restitution. Reparations are owed to those from whom life, livelihood and happiness have been stolen for hundreds of years, and for our part in complacency in keeping a blind eye to this deadly status quo.

Join the Uhuru Solidarity Movement in building the Days in Solidarity with African People, a campaign which is raising reparations for the work of the African People’s Socialist Party and the Uhuru Movement, building concrete programs of African economic self-determination and power in the U.S., Africa and Europe.

The Uhuru Movement is organizing worldwide to create the basis for an independent and liberated African economy, planting the seeds of a just and socialist future with institutions like Black Star Industries and the All African People’s Development Empowerment Project.

Spanning continents, the Uhuru Movement is uniting African people as one people fighting to reclaim control of their resources and destinies.

Their struggle for self-determination represents the possibility for a future without oppression, colonialism and slavery.

White people: join the peoples of the planet in creating a healthy world of peace and equity. Build the Days in Solidarity with African People in your area.

Join the Uhuru Solidarity Movement by going to uhurusolidarity.org.