Why Healthcare Workers Should Take the Pledge of Solidarity with African People!

WE WILL NEVER FORGET THE VICTIMS OF U.S. IMPERIALISM
Take the Pledge of Solidarity with African People

The United States and the world system of US imperialism were born from the enslavement of African people and the genocide against the Indigenous peoples of the Americas.

It is a system that thrives on the ongoing colonial violence and terror against Indigenous, African, Arab, Afghan, and other oppressed peoples of the world.

It is a vicious system that uses extreme violence to steal and exploit the resources of Africans and other colonized peoples for the benefit of the general Euro-American population. And it is a system that is experiencing a deep and profound crisis today, a crisis that is caused by the just resistance of the colonized peoples of the world who are fighting back to reclaim their resources and seize control over their own destinies.

9/11 was one example of the ever deepening crisis of imperialism.

The Uhuru Solidarity Movement stands on the side of the oppressed peoples of the world who are standing up against imperialism and fighting to build a new world free from oppression, violence, and exploitation. We are taking the pledge of solidarity with Africans inside the US and around the world who are uniting to take back their land, the value of their stolen labor, and their resources.

Take the Pledge of Solidarity with African People if you want to reject the role of complicit bystander that the US expects from white people who benefit from the stolen resources of the oppressed. Working directly under the leadership of the African People’s Socialist Party, we are building a mass movement for reparations from the white community to the Africans and oppressed peoples of the world. 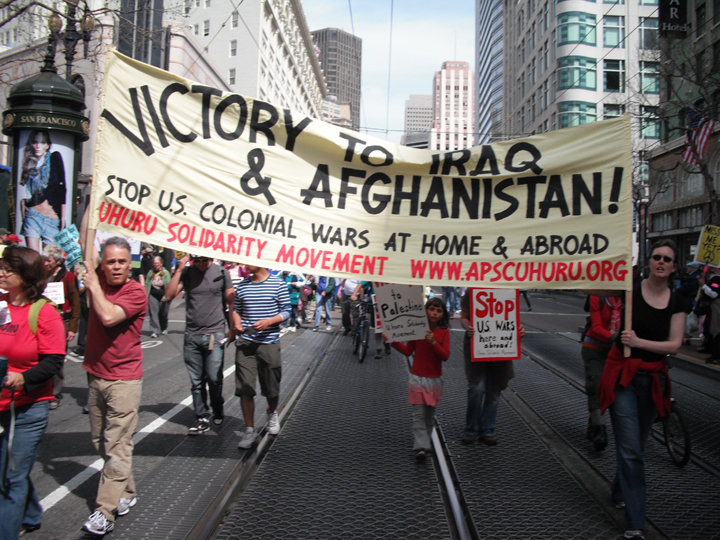 TAKE THE PLEDGE OF SOLIDARITY WITH AFRICAN PEOPLE.